"...It takes a special sort of genius to be able to pull off witty, free-flowing comedy… and Hagarty is just such a creative… 'The Golden Ticket' is hands down one of my favourite short films." 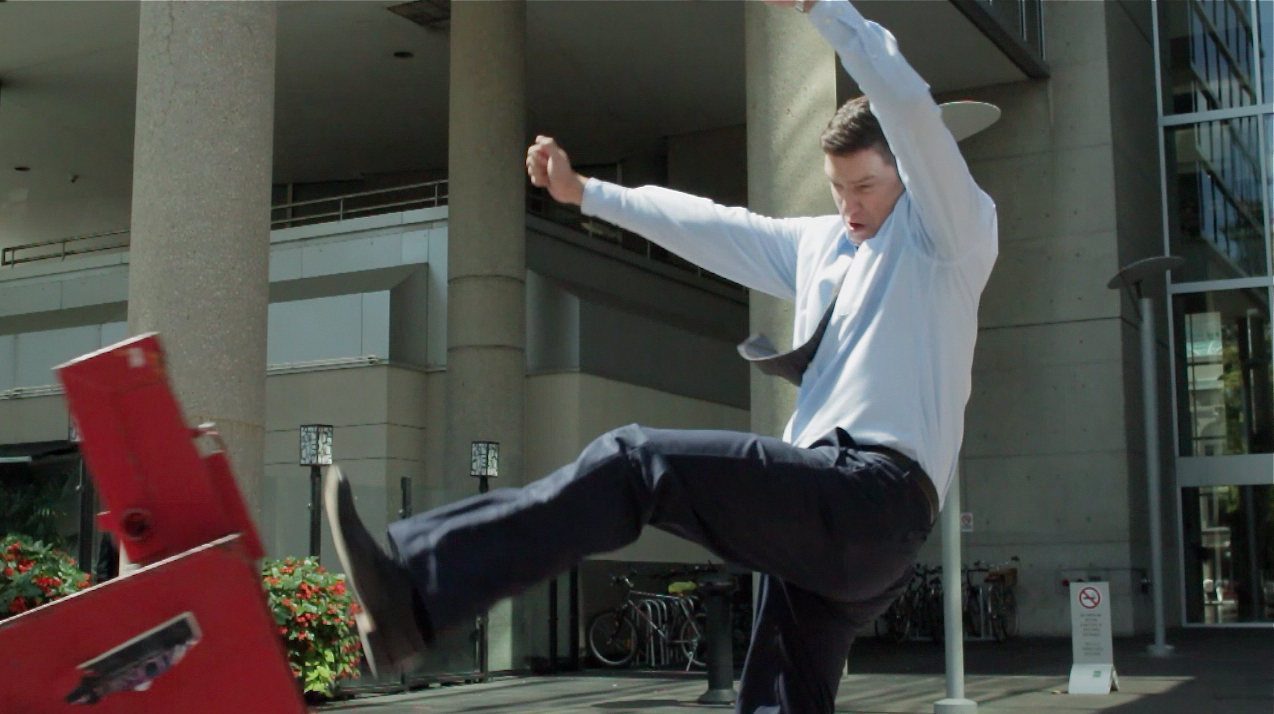 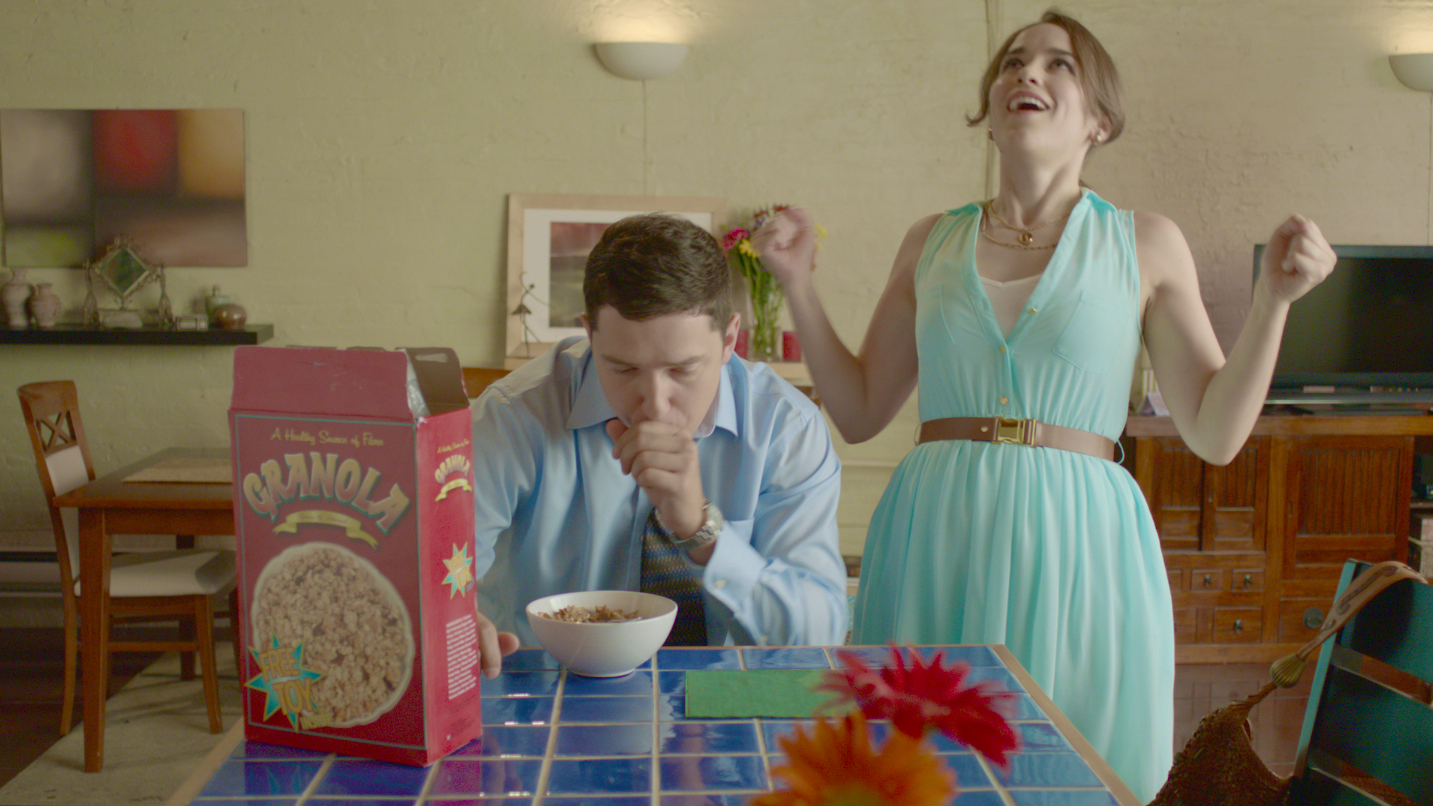 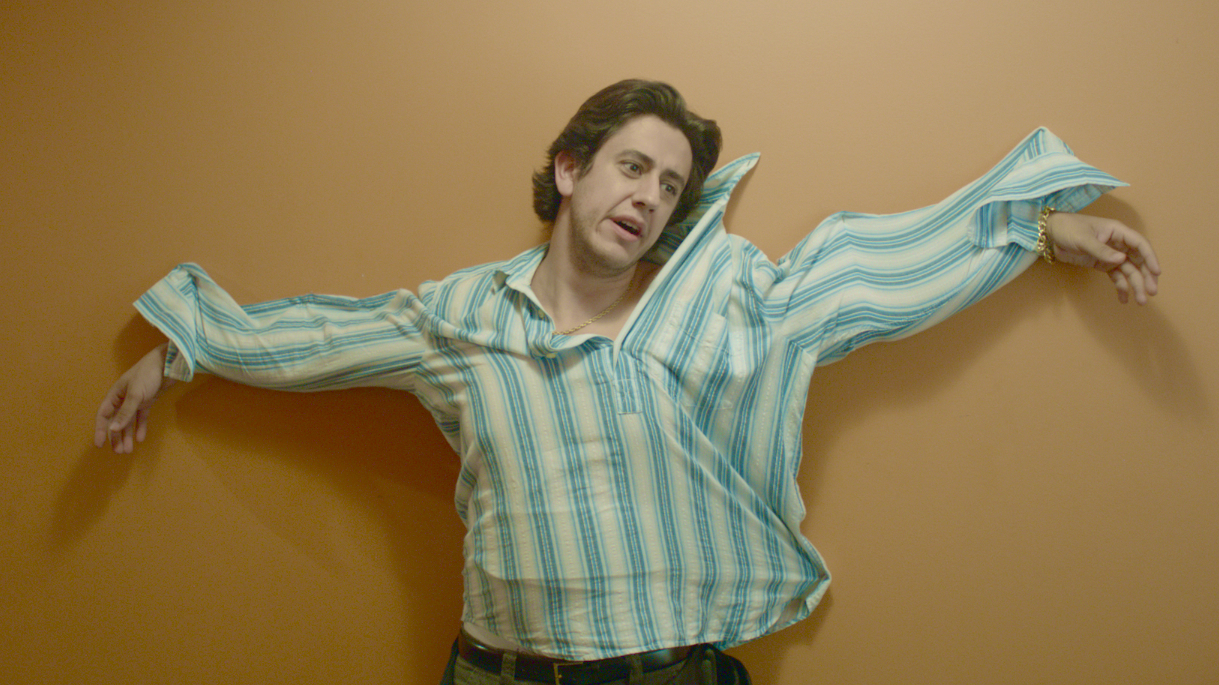 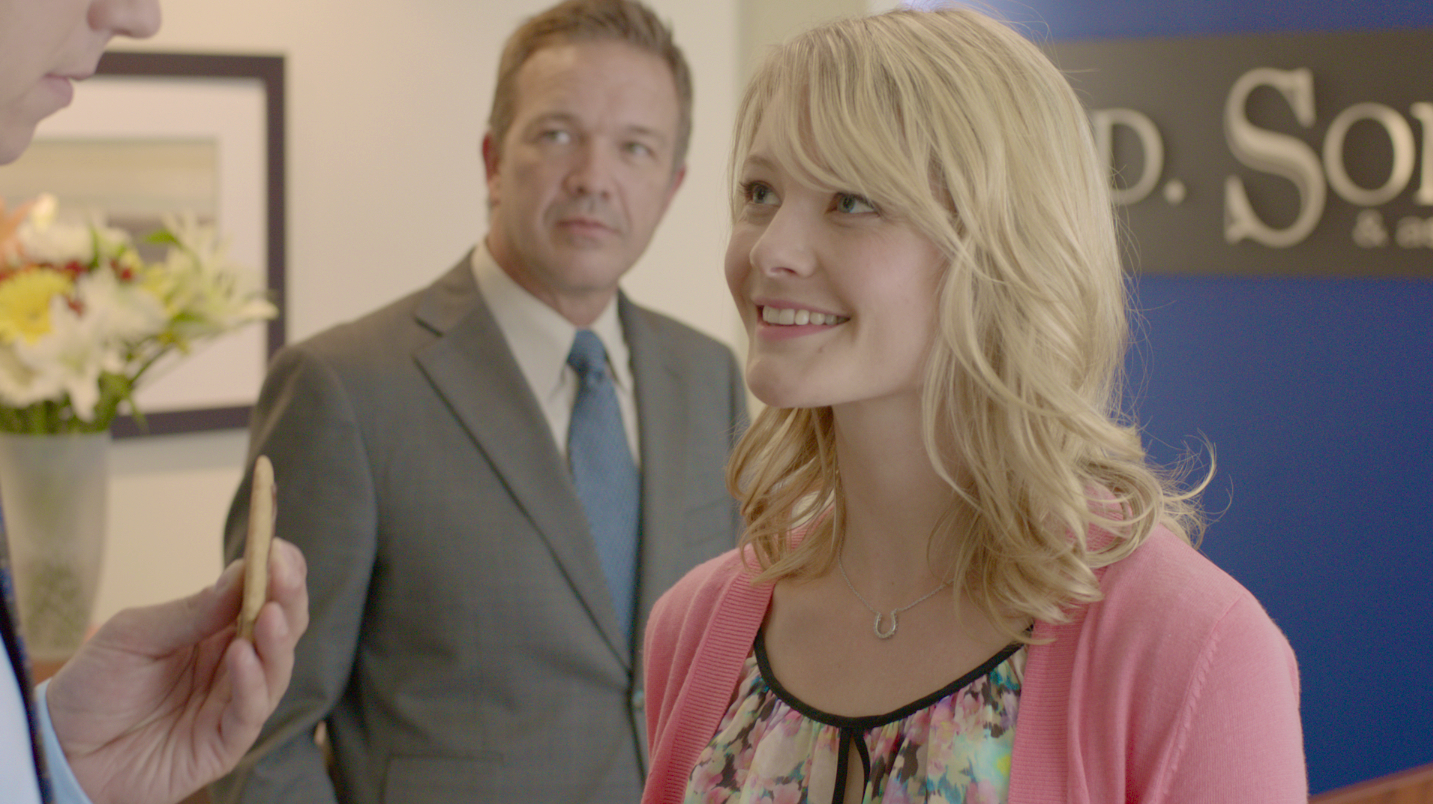 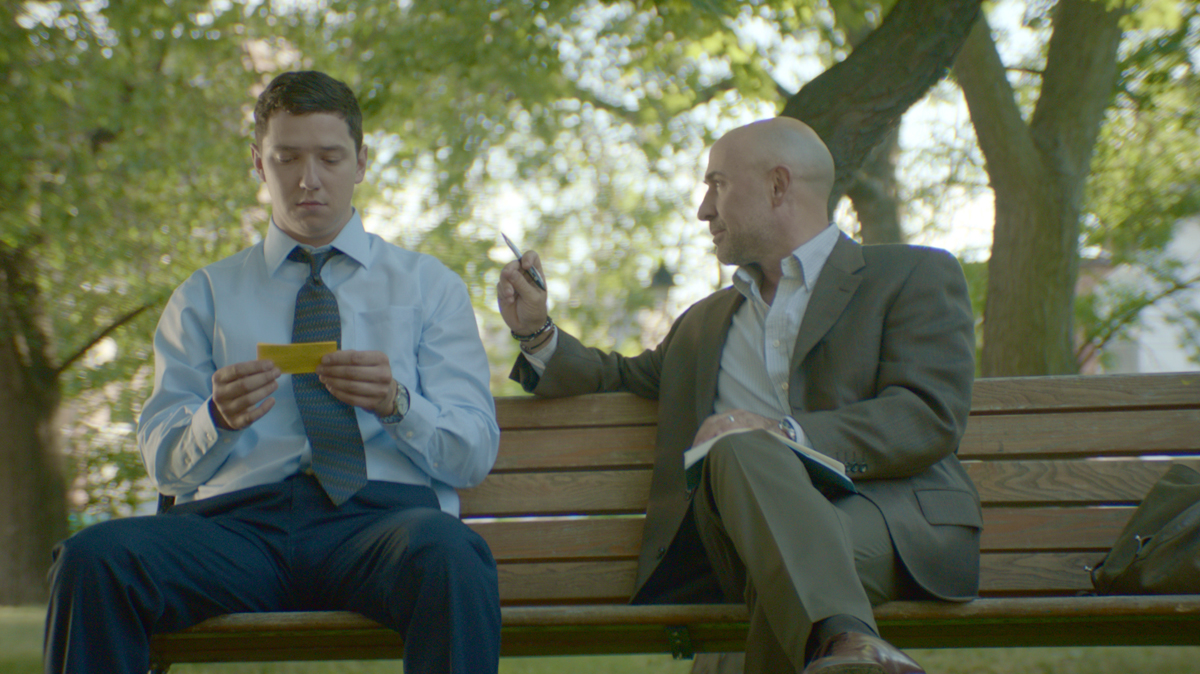 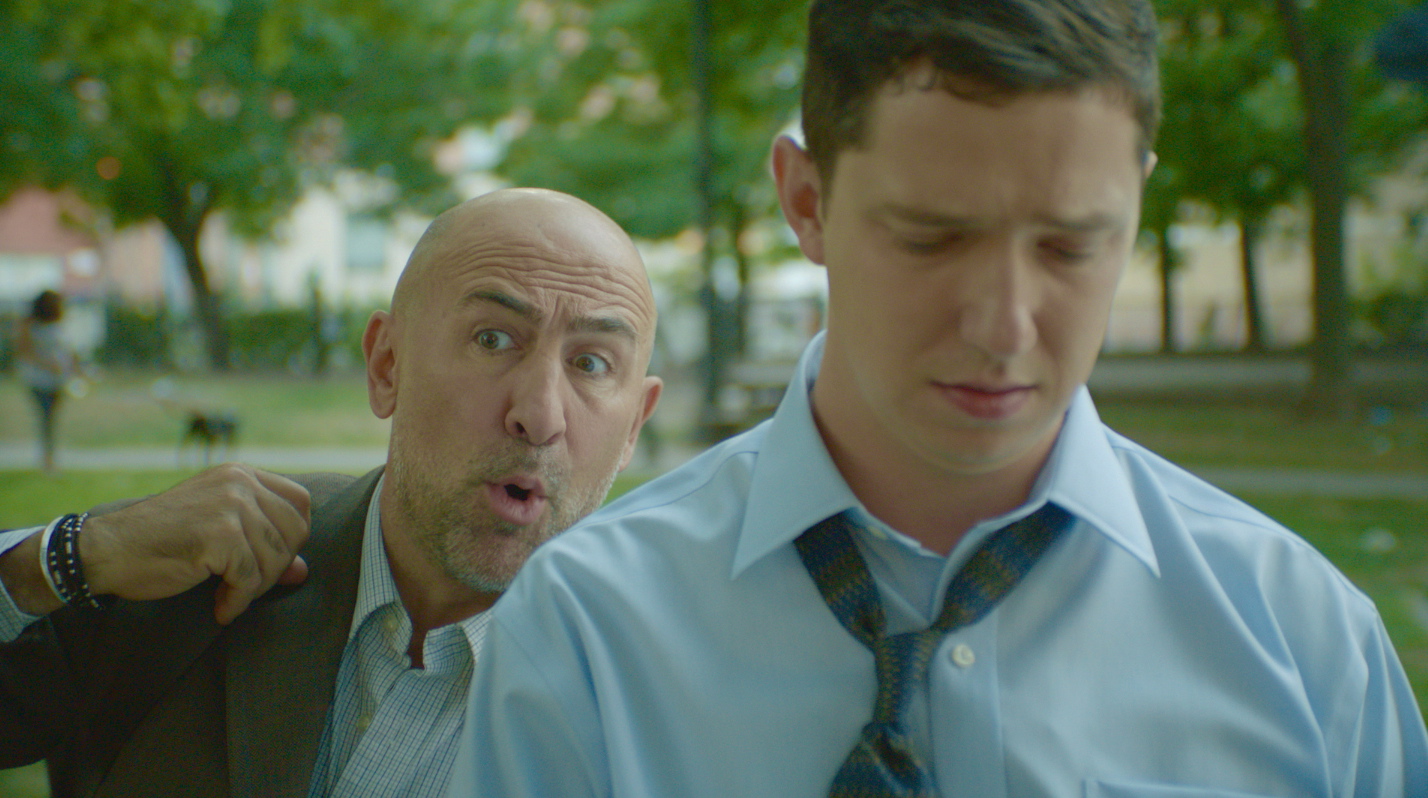 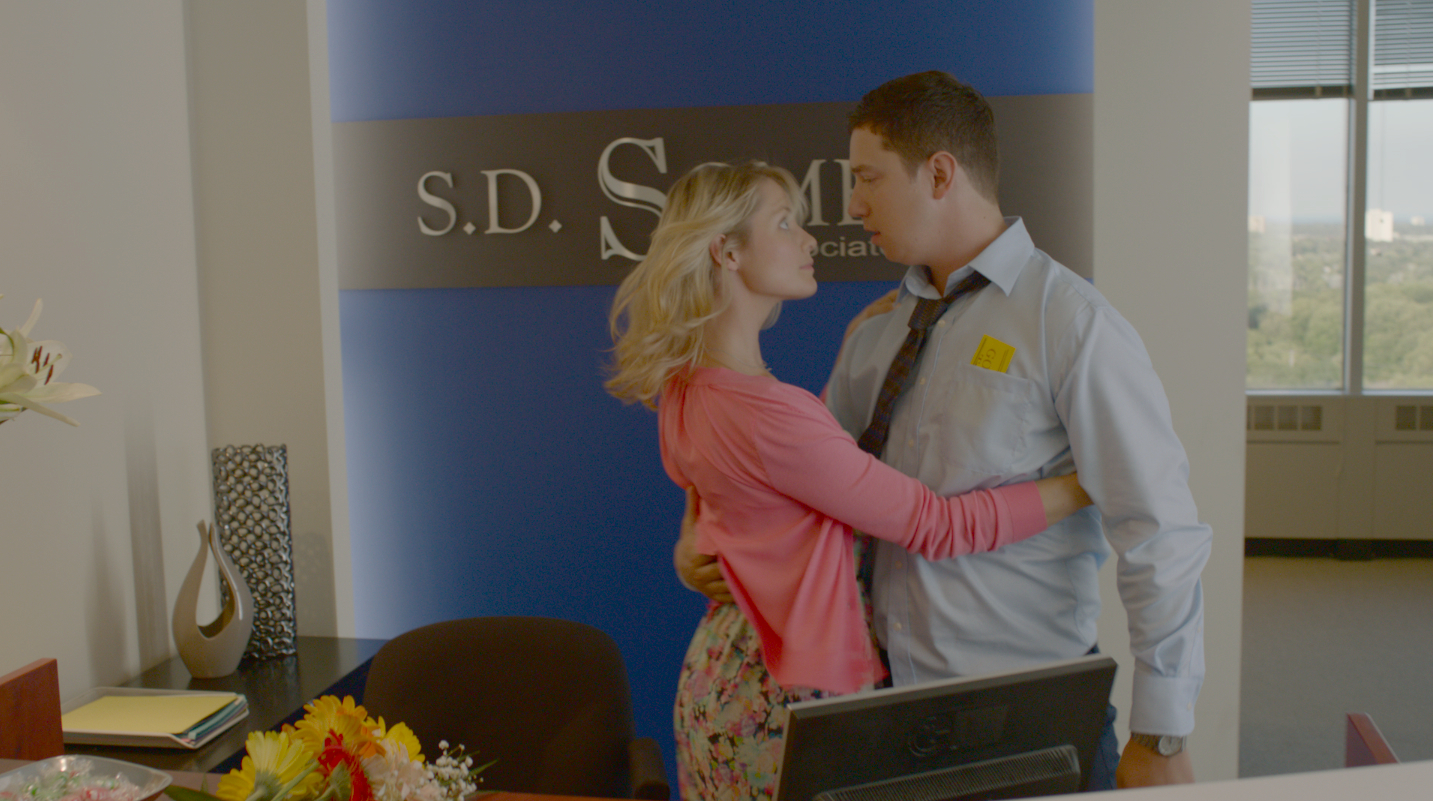 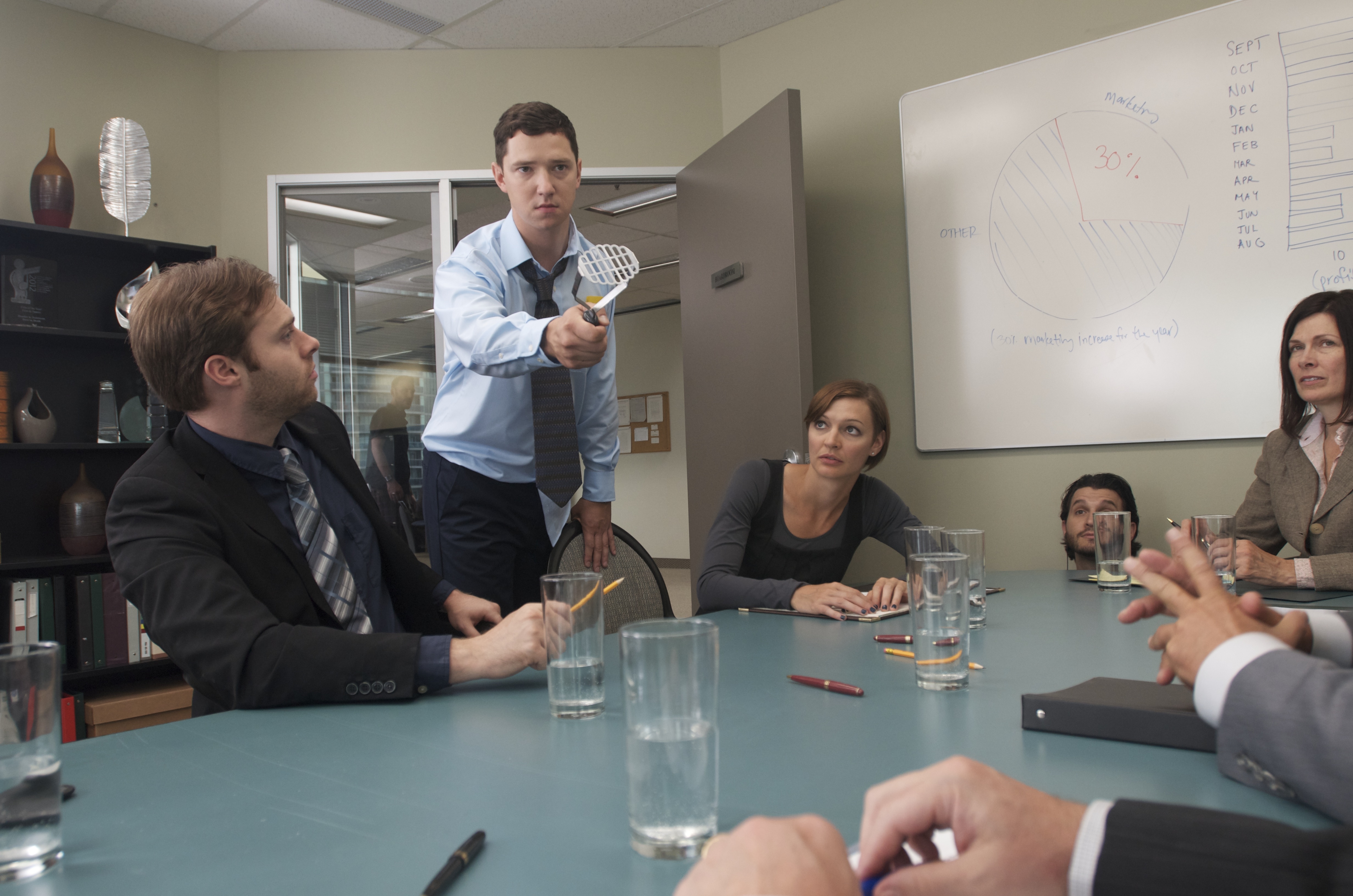 Bradley Moore is having a BAD day.
He gets dumped, evicted and fired all before lunch.
But when a stranger offers Brad a Golden Ticket,
allowing him act without consequence for the remainder of the day,
things take a turn...

What happens when life takes a turn for the worse, but miraculously there is a solution to all your problems? Patrick Hagarty’s The Golden Ticket explores that possibility by putting the spotlight on Brad (Michal Grajewski), an average guy who ends up having a seriously bad day. It takes a special sort of genius to be able to pull off a witty, free-flowing comedy with a time constraint, and Hagarty is just such a creative. With just nine minutes to play with, he has created a comedy that will keep you planted on your chair as you watch this simple man “Speedy Gonzales” his way through his rubbish day (Yes, I used a Looney Tunes reference). Grajewski has always been a great artist, and he steps it up a notch in The Golden Ticket, creating a character that one cannot help but love. The cinematography is sophisticated, the music and sounds are well chosen, and the supporting cast is just brilliant. This piece is hands down one of my favourite short films.
Rating: 9/10

The 2014 Canadian Film Fest continues tonight with more screenings, first up is Ted Bezaire’s comedy, The Birder, which is preceded by the hilarious short, The Golden Ticket from Patrick Hagarty.Hagarty’s short is highly enjoyable, it seems Bradley Moore (Michal Grajewski) is having a very bad day. His girlfriend (Melanie Scofano) is leaving him for a hockey player (Bitten’s Steve Lund), he’s being evicted by his landlord (Kris Siddiqi), and he’s just been fired from his job. As he lets loose his anger, he’s met by a mysterious man (Carlo Rota – who has the best delivery and speaking voice, possibly EVER), who offers him a golden ticket that will let him do anything he likes for 24 hours without repercussions.Bradley snatches the opportunity and off he goes! Getting even with those around him, and doing everything he always wanted to… but what happens when the 24 hours are up?A fast-moving and very funny story that makes us ask ourselves why we aren’t seizing our lives like this everyday. Grajewski is hilarious playing the right amount of humor in pathos in the situation, and some of the lines are simply brilliant! I laughed a lot!!This one is a great start to the evening!

In The Golden Ticket, writer/director Patrick Hagarty tells an entire story, very well, in a 9-minute short film.Brad (Michal Grajewski) gets dumped by his girlfriend while eating his cheerios, evicted while walking out the door, and fired the moment he arrives at work. Enter a stranger who presents Brad with the ultimate scenario: What if, for 24 hours, you could do anything you wanted without consequence?The only flaw in this short is its genie-in-a-bottle premise. The core concept has been done, and instead of a plot twist, you can see the resolution coming a mile away. Nonetheless, it’s still very entertaining. It’s funny, the production value is high, and our hero Brad is quite loveable in his misadventures.All of the characters in the story are quirky, interesting and engaging. This is remarkable, considering director Patrick Hagarty has only had 9 minutes to make us know and understand them. If they were placed into a re-imagined, more elaborate and original story, I could easily see these characters interacting in a feature film.Best laughs go to Kris Siddiqi, who’s fantastic as Raj, the sneaky but perplexed landlord. Honourable mention to Melanie Scrofano, for great comic timing and a perfectly devilish spring in her step. And lastly, I have to commend Hagarty for writing hilarious dialogue. All in all, The Golden Ticket is a well-made, very funny story, about the day from hell we can all relate to.
4/5 Stars